Classroom teachers at all levels, both in Montessori schools and in the public sector, are observing a noticeable decline in some students’ core strength. Core strength encompasses the muscles that engage the stomach, back, gluteus and pectorals. These muscles work together to provide an optimal posture for learning. Children with a weak core often demonstrate an inability to sit cross legged on the ﬂoor without bracing their knees for support rather propping on one arm/hand for assistance or leaning forward for added stability. They have difﬁculty sitting upright in a chair with their bottom anchored at the back of the seat, feet planted on the ground with knees and legs under the table. While standing, children with diminished core strength frequently lean on furniture or other people to stay upright.

When a child does not have the core muscles to sit or stand in an appropriate learning posture, we observe frustration, incomplete work cycles, avoidance coping, ﬁdgeting in the seat, difﬁculty in paying attention, less accuracy with ﬁne motor skills, balance challenges, a hard time ﬁnding stability when dressing, lack of endurance and diminished bi-lateral coordination.

This bi-lateral use of extremities is hugely important as it activates both hemispheres of the developing brain. A child who is only using one hand because the other is being used as support is thus not crossing the midline and many fundamental ﬁne motor skills require the use of both upper extremities. For some children, they literally spend all of their energy trying to stay upright that they are too exhausted to listen or focus. Children that appear restless or exhausted may in fact be trying to ﬁnd a comfortable position and those who appear disinterested or unengaged may be expending a significant amount of effort just staying upright. Children with weak core muscles may be incorrectly thought to have ADD/ADHD or behavioral issues.

There are accepted societal factors that substantiate this observation about an increase in pediatric core issues.

More screen time: Generally, children today are allowed more sedimentary time engaged with phones, tablets, computers and video games both recreationally and in many educational settings, while less physically engaged with adults who are spending more time on their own devices.

Less uninterrupted outdoor play: Yay for unstructured recess! Many children spend the bulk of their physical activity playing organized sports or games, in scripted classes such as ballet or gymnastics or just have limited outdoor free time as they spend more hours away from home.

Less heavy work: Children are not always given the same opportunities as previous generations to engage in big, full-body chores like raking leaves, making the bed, pulling the trash cans in from the driveway.

Limited tummy-time in infancy: In 1994, the National Institute of Health introduced the “Back-toSleep” campaign (now called “Safe-to-Sleep” to include the dangers of bumpers, pillows and blankets in the crib) in an effort to reduce the incidence of SIDS. While thankfully the promotion was mostly successful, a generation of parents and grandparents became frightened of placing infants on their bellies for any amount of time. “Container babies” spend hours contained in a seat or a swing, rather than exploring their movements and getting stronger on the ﬂoor.

What can parents and teachers do? There are many simple interventions that can be implemented easily both at home and in the classroom. Try letting your child sit on a stability ball or wobble stool. These seating alternatives encourage the child to squeeze and engage core muscles as they work to stay upright. Bricks or boards can be placed under a child’s dangling feet while seated in a chair to promote proprioceptive stability from the ﬂoor. Encourage your children to climb, and push and pull on the playground. Let your child engage in chores that require maximum physical effort, even if it seems difﬁcult and takes exertion. Yoga is an excellent core strengthening activity and there are many poses that speciﬁcally target the proximal muscles of the midsection.

Finally, when appropriate allow the child to ﬁnd the most comfortable posture when learning and listening. Children often prefer to lie on their tummies while working and if the environment allows, this is okay. Dr. Montessori was ahead of her time when providing for the freedom of movement among children in the classroom and for allowing the child to advocate for his or her own learning preferences. In the Discovery of the Child she writes, “If we would but think it, the carrying out of a practical life affords an abundance of exercise, and the gymnasium for perfecting one’s actions is the very environment in which he lives” (83). 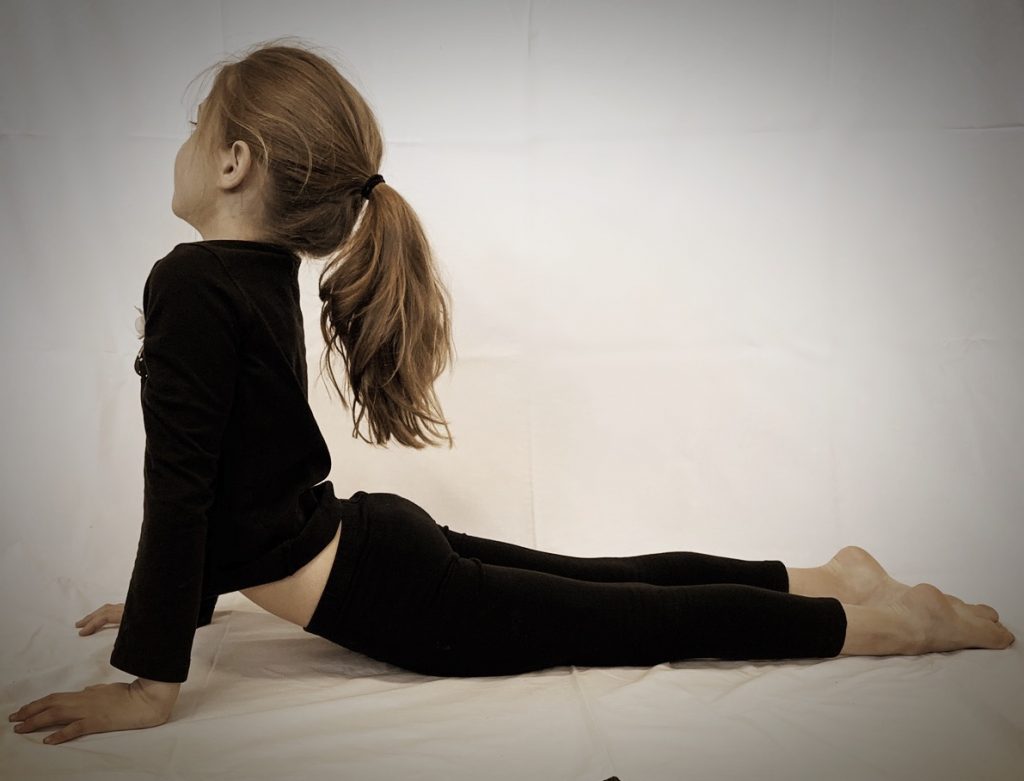